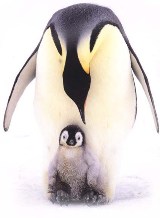 Did you know that there are 17 different species of penguins? Some of them are: emperor, adelie, gentoo, chinstrap, yellow-eyed, royal, and macaroni penguins! One of the smallest species is the little blue penguin which is only ten to twelve inches tall and weighs only two to three pounds.

Some people think that penguins live only in Antarctica, but they can be found in South America, South Africa, Australia, and New Zealand too. Penguins breed in colonies called rookeries. 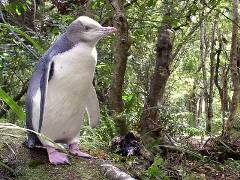 There are three main threats that endanger penguins. The first is the large number of predators that hunt penguins. Their enemies include seals, sea lions, and sharks. Penguins are also killed by illegal hunters. The natural curiosity of penguins and their lack of fear of humans make them easy targets.The second type of threat is the loss of their habitat. Oil spills and fish nets claim the lives of many penguins every year. The third threat is global warming. As the ice melts, breeding patterns and food sources for the penguins decrease. Scientists are hoping that natural cuteness of the penguin will help people become aware of possible endangered status.