Albert Einstein is considered to be the most famous and influential scientist of the 20th century. 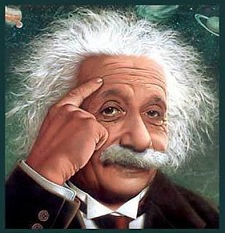 Einstein is best remembered for his theory of relativity. This is a formula shows that mass and energy are different forms of the same thing. But Einstein also developed many other theories about light, matter, gravity, space, and time. His theories led scientists to develop a variety of practical applications: television, computer chips, medical imaging for cancer treatment, and GPS, which is used around the world today for airplane, sea, and traffic navigation using satellites. 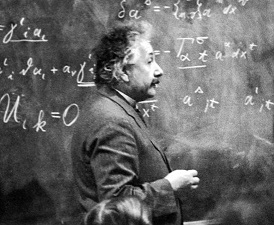 Albert was born in Germany in 1879 and died in the United States in 1955. His father showed him a compass at the age of five, and Albert felt that this inspired his fascination with science and math that lasted a lifetime.

Even though he became a physicist who won a Nobel Prize and published hundreds of scientific books and articles as an adult, he had difficulties at school. He resented strict teaching methods and had troubles passing exams in some subjects, especially French.

He admitted that he had a poor memory, as he found it hard to remember dates and phone numbers.

Einstein loved music and became a talented violinist. He even named his violin Lina! 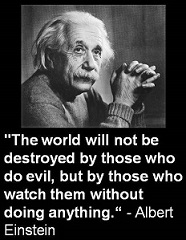 In addition to being known for his scientific work, Einstein is famous for his quotes. You can find long lists of them on the Internet. Some of them are:

"Imagination is more important than knowledge."

"I have no special talents. I am only passionately curious."

"If you want to live a happy life, tie it to a goal, not to people or objects.”